Ian Spectre was not the first in his family to work in Customer Care. That accolade goes to his great uncle, Ernest Spectre-Phillips, aka ESP, a man with an uncanny ability to predict future events. As a child Ian spent many hours listening in admiration to his great uncle talking about his work and achievements. 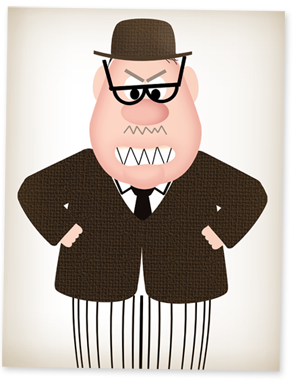 Ernest started his career as an articled clerk in accountants Wren Shaw & Co. Ernest instilled in the young Ian, the importance of having at least a basic understanding of accountancy if you were going to work in Customer Care. He talked at great length about the ETB which he described as an ‘Essential Tool’ used by accountants to generate a Profit and Loss Account and Balance Sheet from the entries in the prime books and records.

After qualifying as a Chartered Accountant, Ernest had left Wren Shaw & Co and joined the Treasury where he was highly praised for his innovative way of effectively reducing payments to the poor by 50%.  The way he achieved this was to replace bond interest payments with prizes, which he thought would be attractive to the typical working-class housewife.  He decided to set the total prize level at half of what the poor would have received in interest and make the prizes tax free (housewives rarely paid tax anyway).  But how would the prize-winners be selected?

One day Ernest was discussing the problem with Godfrey, who ran the new computer department.  “Easy” said Godfrey, “Just give everyone a bond number and use our computer to select numbers randomly”.  Ernest was excited.  Godfrey had come up with a solution; he now just needed a name.  He had Random Numbers and Electronic Equipment, but he couldn’t think of a suitable acronym.  He thought on “the equipment indicates numbers”, then at 8.22am he yelled out “BINGO, Electronic Random Number Indicating Equipment, ERNIE”, and so Premium Bonds were born.

But how did great Aunt Mable (Ernest’s wife, undoubtedly a housewife) win so many premium bond prizes, Spectre wondered while remembering this heart-warming family tale of devious deceit.

Ian Spectre was musing over this in his office one day and wondered if he could use random numbers to improve Customer Care today. He knew that corporation tax references have 10 digits. So he phoned Nigel Erd in the IT department and asked Nigel if he could randomly generate 100 corporation tax references along with the name of the customer and the customer’s accountant “Easy” said Nigel “you’ll have a list this afternoon”.

That afternoon Spectre sat with his cup of tea scrutinising the list and paying particular attention to the name of each customer’s accountant. “The good thing about a random list of numbers” he mused “is that you can select the right one”. He stopped when he saw ‘Gregson Management Consultants Limited, client of Warr & Co.’, “Good” he thought, “I’ll do battle with Edward Peters at Warr & Co, I hate that guy, thinks he can write complaints to me whenever the urge takes him! Well let’s see how he likes my latest plan! I’ll call this game cat and mouse, yes CAM”. 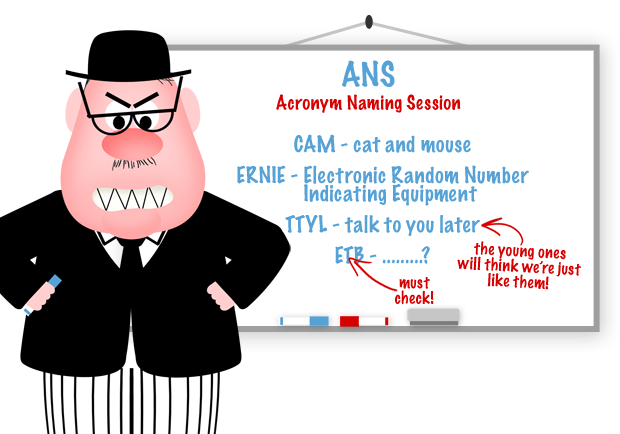 Jane Gregson had set up Gregson Management Consultants Limited a few years ago and provided consultancy services to banks. She was having a late breakfast one day when the post arrived. She opened a brown envelope, started reading the letter and nearly choked on her coffee. She rang Warr & Co and was put straight through to Edward Peters. “Ed, you’ve go to help me, I’ve just got this threatening letter from the Revenue, specifically some guy named Spectre”.

“Don’t worry Jane” Ed said “I’ve got a copy of the letter and I’ve read through it already, I need you to send me your spreadsheet, invoices, receipts and bank statements. They also want some of my working papers, and something called an ETB, I’m not sure what that is, we’ve got 30 days to answer”.

The next day Jane called round at Warr & Co and dropped off her records. Edward put together a polite letter answering the general questions and enclosing the requested information.

You have asked us to provide at ETB. I regret to advise that I don’t know what that is. Can you elaborate please, what does it stand for and what is it?

Spectre received the letter and documents a week later and read the letter with his morning cup of tea. He snarled as he read the final paragraph “This guy calls himself an accountant, pfft! Doesn’t even know what an ETB is… How did Peters prepare the accounts without an ETB, as great uncle Ernest told me, its an Essential Tool” he thought, “but what does it stand for… Peters should know, he’s the accountant, it’s not for me to know, I’m too busy with more important matters… I’ll have to tell him something though… Hmm…”. He was going to have to bluff.

….come, come Mr Peters don’t play CAM with me, you know perfectly well that an ETB is an Essential Tool Balance. You can’t prepare a set of accounts without using an ETB. And you now have just 15 days to let me have it. TTYL, Spectre.

Edward Peters was perplexed. What did Spectre mean by “playing CAM” and what on earth was an “Essential Tool Balance”, and where had Spectre – of all people – picked up TTYL?!

Bob Renshaw was sat at home in his slippers and dressing gown watching daytime TV when the phone rang. He used to be the senior partner at Warr & Co and had mentored Edward Peters after Edward Had joined the firm straight from university twenty years ago. Bob was five years into retirement and was now in his dotage. Bob answered the phone. “Hi BRen, Its Edward Peters here”

“Good, good, though I have a problem and wondered if you might be able to help” Edward said. He went on, “the Revenue are asking me to produce an Essential Tool Balance for a client they have opened an enquiry into. They say we would have had to use one to prepare the accounts”

“Never heard of it” said Bob “did they call it anything else?”

Bob roared with laughter and then explained to Edward what an ETB was.

A week later, Spectre received a letter. His face reddened as he read it.

We think there may have been a typographical error in your letter. ETB actually stands for Extended Trail Balance. Until the 1980’s it was an essential tool used by accountants to generate a Profit and Loss Account and Balance Sheet from the entries in the prime books and records.

We enclose a nominal ledger which is the 21 century equivalent. If you really want to see an ETB we understand the British Museum has one in the Dinosaur room.

Now please let us have any queries you have on our client’s records within the next 30 days.

Spectre was furious. He put Jane Gregson’s records in a cupboard to gather dust and decided to move on to another customer.

Two months later, having hearing nothing, Edward wrote to Spectre requesting the return of Jane’s records. After a further month still having had no reply, he wrote a letter of complaint addressed to Sally Jones, head of Office Politics at HMRC who also handled complaints.

Spectre spotted the letter in Sally’s in tray and shredded it.

Some 6 months later Spectre came across the records in his cupboard. He recalled the episode and returned the records directly to Jane Gregson thanking her for her help and saying his enquiries were complete and on this occasion he wouldn’t be amending her corporation tax return.